The CGFI tracks changes in freight costs for Canadian Shippers. The index is published monthly and the results are based on a statistically valid sample of transactions taken from the Nulogx database of more than $750M in annual freight transactions.

Top level information is available free of charge to those who sign up for our monthly newsletter. More detailed information is also available to all Nulogx customers. If you are interested in becoming a customer, please contact Sales at Nulogx: 905-486-1162

Results published today by the Canadian General Freight Index (CGFI) indicate that the Total Cost of ground transportation for Canadian Shippers increased by 1.02% in January, as compared with December results.

The Base Rate Index, which excludes the impact of Accessorial Charges assessed by carriers, increased by 0.26% in January.

Average Fuel Surcharges assessed by Carriers decreased this month.  Fuel was 17.61% of Base Rates in January versus 17.83% in December.

Total Freight Costs increased by 1.02% from last month driven by an increase in base rates in January. Cross Border LTL rates have continued to increase sharply for the 4th straight month. Costs for all other sectors increased marginally, with the exception of Cross Border Truckload which was flat. Year over year, Cross Border LTL remains well above last years level. Domestic LTL & Cross Border TL remain below last year, while Domestic TL is slightly ahead of last year’s level. 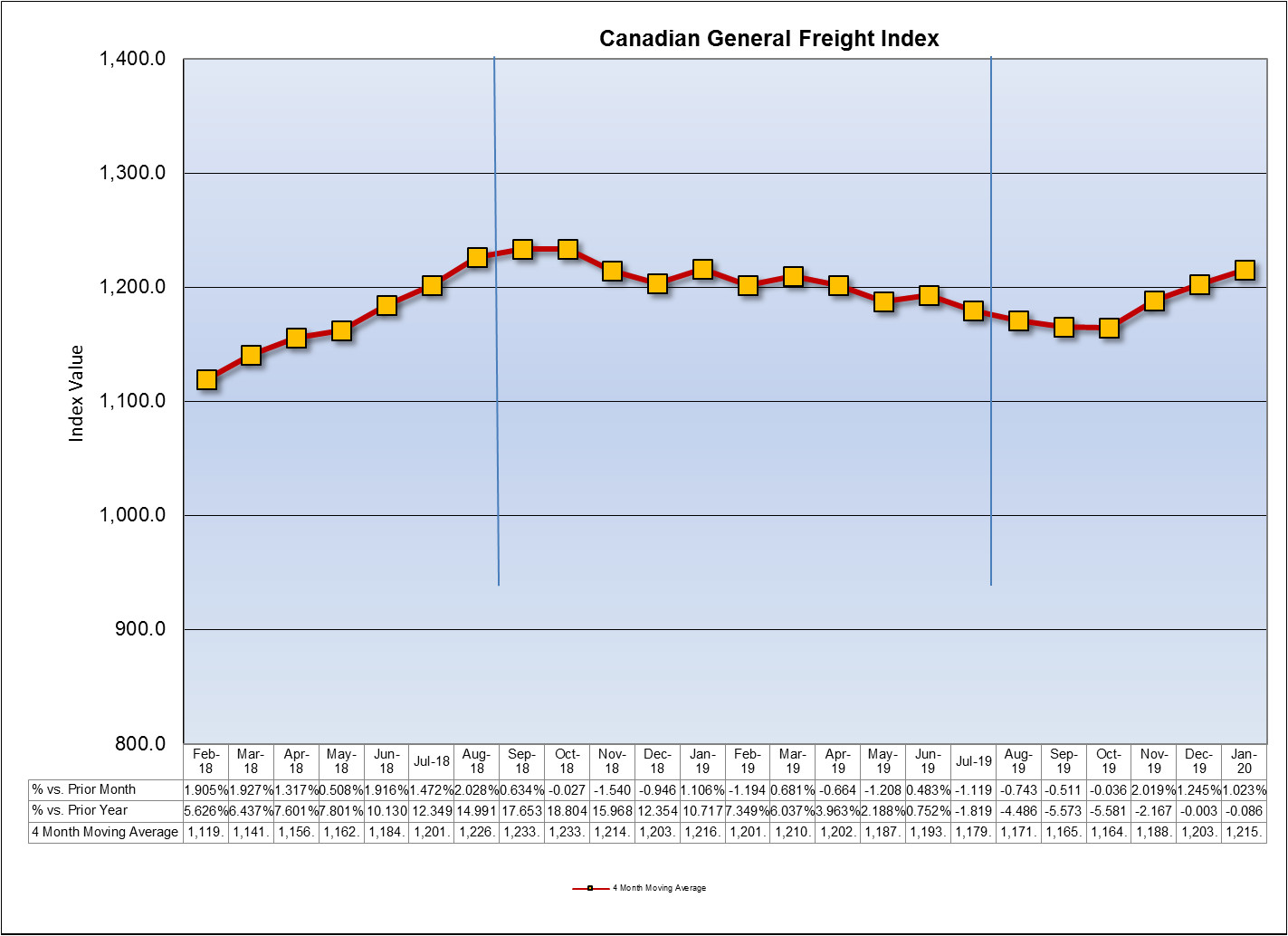 This is a summary showing Total Freight Costs for over the road shipments starting in January 2008.
This chart depicts only General Freight  shipments and includes all accessorial and fuel surcharges.
It excludes specialty freight services, rail, air, ocean and courier shipments. Freight services paid in US currency have been translated into Canadian dollars based on the exchange rate applicable on the shipment date. 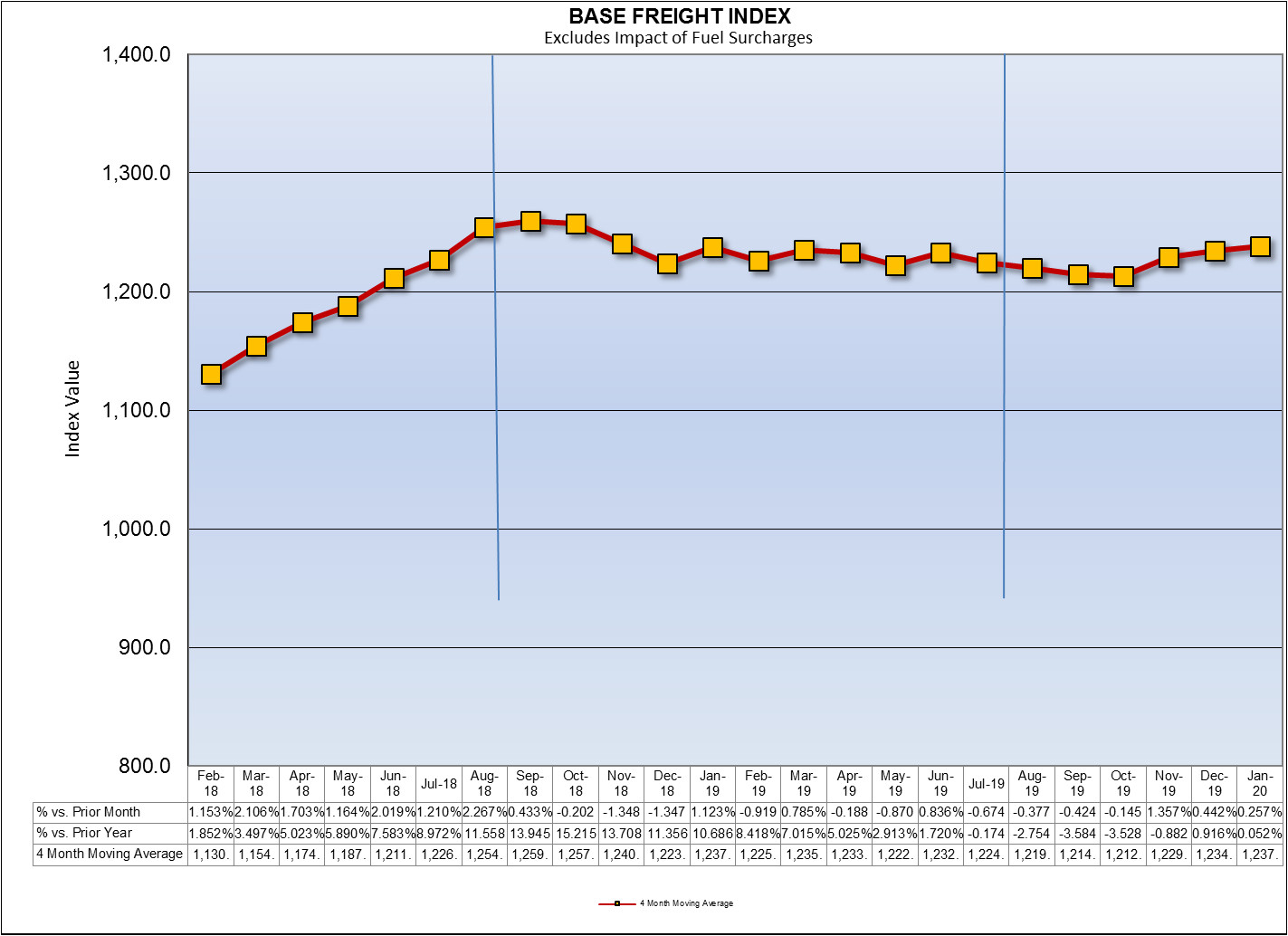 This chart shows the change in Base Freight Costs over the last 12 months for Canadian shippers. The data presented is the same as the General Freight Index above, except that all costs associated with separately identified Fuel Surcharges and Other Accessorial charges has been removed from the analysis. 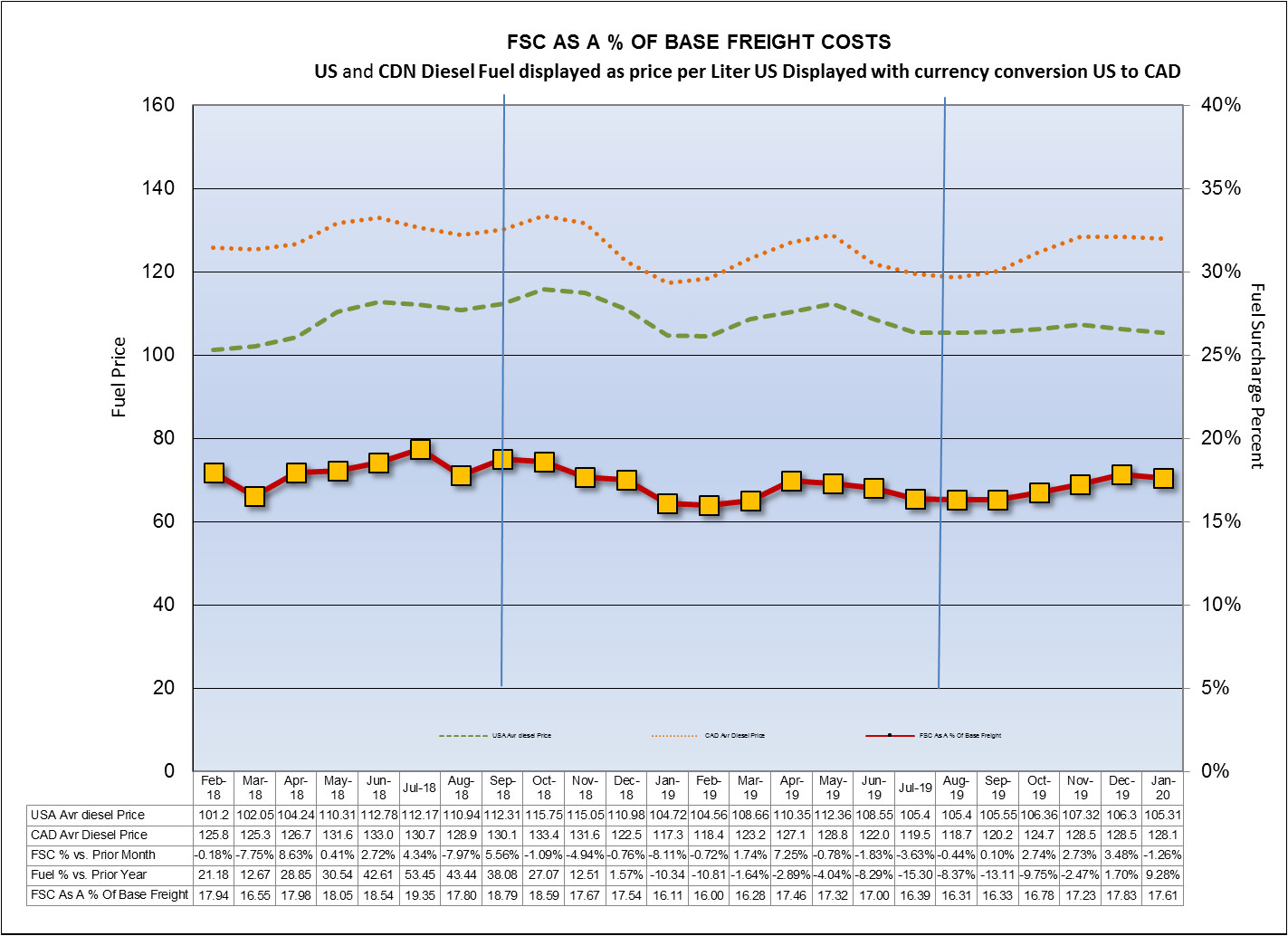 This chart shows the changing Fuel Surcharge rates paid by Canadian Shippers. The Fuel Surcharge data shown is expressed as a percentage of the overall Base Freight Cost paid by shippers in the study sample.